BBC: Signoi unpacks Trump’s Tweets on China Trade Deal
What do Trump's tweets reveal about the man behind the Headlines? 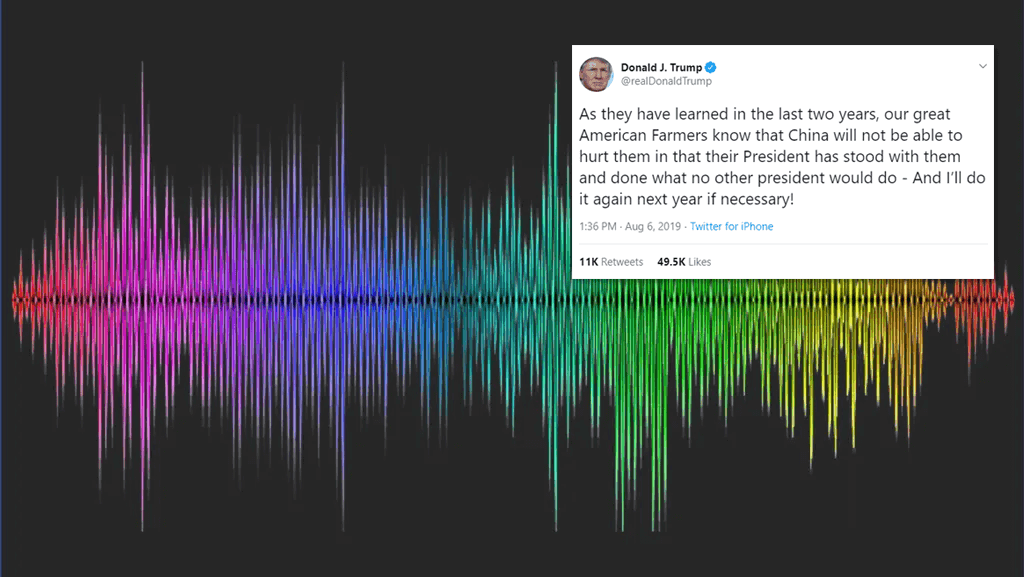 We ran 40K of Trump’s tweets through our platform to reveal the themes and narratives his posts convey.

Hear Louise explain to the BBC what Signoi saw:

President Trump is not widely known for his modesty but when someone tweets as prolifically as President Trump these subliminal messages – the messages he wants his base to really take away – are extremely powerful.

The China Trade Deal therefore is just another vehicle for shoring up his base.

Over the years, the huge number of tweets on this topic have played to two very distinct and important narratives Trump wants to create about himself:

Decoding 10 years’ worth of Trump’s tweets – almost 40,000 of them – to discern trends and patterns in the content is like scanning the man’s mind.  His use of language and emphasis is smart. And, there can be no doubt that his base hear the messages he really wants to convey loud and clear.