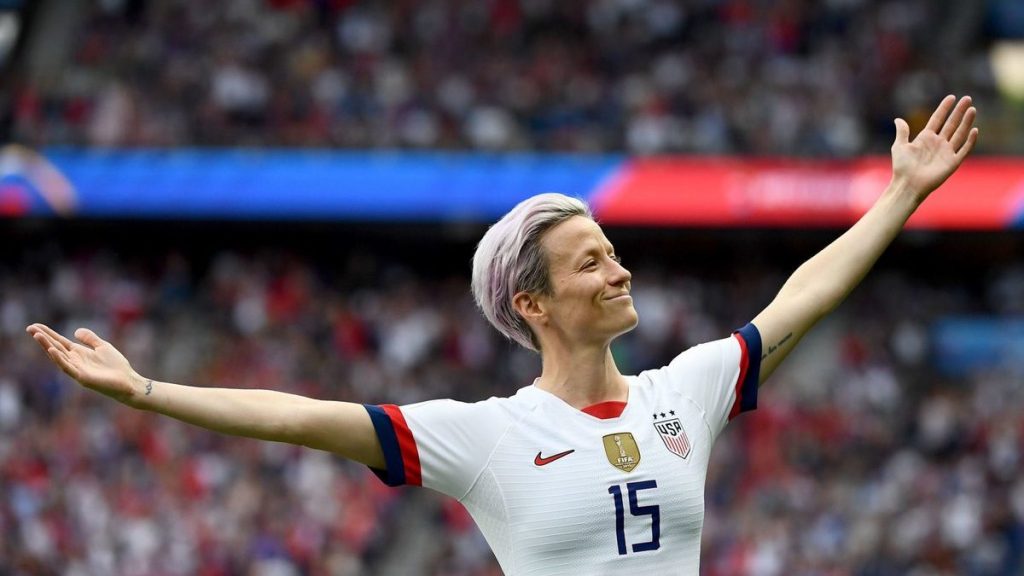 This is Megan Rapinoe, superstar of the US Women’s Football team, after scoring the winners against France.  Her trademark celebration has already been hailed as an iconic moment in the World Cup and sport generally.

A photo of a triumphant Rapinoe with her arms outstretched, a pose she struck after scoring both goals, quickly set Twitter on fire.
“This is one of my favorite sports pictures of the decade,” sports pundit Bill Simmons tweeted, adding that Rapinoe was an “inspiration to [his] daughter.”

Others saw the same picture differently. For example, we offer you the expert opinion of Piers Morgan:

We asked ourselves, what does Signoi see?

As a general rule, when you feed an image into the Signoi platform, it doesn’t really “see” anything.  For one thing, it’s a machine. Also,  it has no eyes. Always good to clear that up before we start.

What it does do is measure things. For example, one of its many algorithms will score imagery against a series of metrics, such as signal strength, that go way beyond simply tagging that there’s a sportswoman in the picture, or a stadium, a playing field, and so on. It measures the meanings it believes the picture is transmitting.

This is what Signoi sees when it looks at this iconic photo.

What do we learn about Brand Rapinoe? In a nutshell:

This is what Signoi sees. What do YOU see?

There are many commercial applications for our visual analytics platform. You can point it at websites, to see what signals brands are sending out about themselves. You can reliably measure one brand against another. You can deploy it on adverts and marcoms material.  You can use it on social media. You can use it on anything at all.

It can handle single images or videos, and it scales up to tens of thousands of datapoints – as we’ve found when pointing it at Instagram, UGC, client forum uploads, or brand collateral image banks. It can cluster and map naturally occurring patterns in large scale databases of imagery, allowing the fast identification of themes and insights.

And needless to say, it can do a lot more than that.

What we’ve shared here are just a few of the very basic standard metrics we use. Signoi sees a lot more besides – if you would like to learn more, please do get in touch…